Gardening Journey
Home Gardening Are Potatoes Vegetables? What You Need to Know Before Growing Them 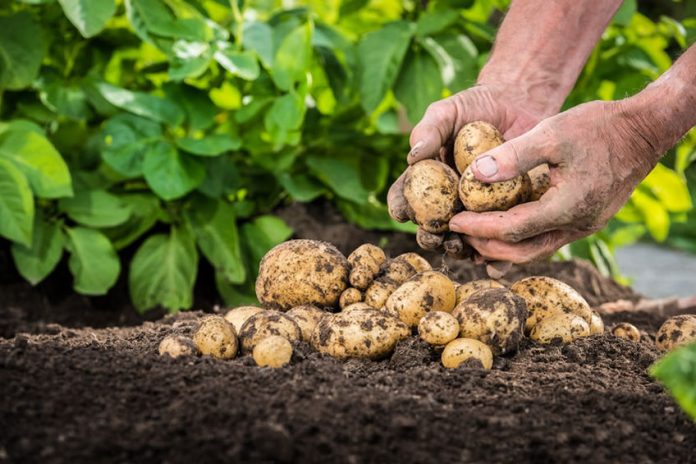 Classifying something as a vegetable seems like it should be an easy task, yet there are many foods that are rather unclear. Potatoes are the perfect example. They’re botanically classified as one thing but nutritionally classified as another, leaving many gardeners and consumers unclear as to whether or not they can count this staple food as a veggie on their plate.

So what’s the deal? Let’s start with the basics to answer this question fully.

What Type of Crop Is Potato?

Potatoes are a tuberous crop. They’re perennial nightshades, native to the Andes yet now grown all over the world. Because they offer an abundant yield with relatively little effort and can grow easily in a range of climates, they’ve become an incredibly important crop for many different countries. There are many different types of potato, ranging from sweet potatoes to fingerlings.

Botanically, potatoes are classified as a vegetable. Contrary to popular conception, though, they’re not a root vegetable, since potatoes are technically not roots but instead are tubers. Still, according to legal U.S. definitions and the USDA, the potato is considered a vegetable crop.

A vegetable is, essentially, any part of a plant that is grown and harvested each year, as distinct from fruits, which grow on long-lived trees and woody plants. For the same reason, the similarly controversial tomato is classified as a vegetable rather than a fruit.

Unlike tomatoes, though, potatoes are horticulturally and legally considered a vegetable. You might think that this ends the debate, but unfortunately, there’s more to the story.

Are Potatoes a Vegetable or Starch?

Farmers and horticulturalists consider potatoes to be vegetables, but nutritionists have a different take on the issue. They argue that, because of the nutritional content of potatoes and the way that they’re treated as a staple crop, they should be considered a starchy food rather than a true vegetable.

The issue is further complicated by the fact that potatoes, which are the leading vegetable crop in the U.S., are most often turned into highly processed, dehydrated foods like chips and French fries, which hardly meet the intended criteria for a vegetable.

Because of their highly-processed, nutritionally deficient forms, potatoes have gained a pretty bad reputation. Nutritionists and dietitians tend to consider potatoes to be starches rather than true vegetables. That said, some types of potato are certainly more nutritious than other starches — sweet potato is far more beneficial than white rice, for example.

In the U.K., the National Health Service doesn’t consider potatoes to be a vegetable. Potatoes don’t count toward recommended servings of vegetables. The same is true in the U.S.

Here we have a food that is technically a vegetable but nutritionally is not classified as such. Still, not everyone agrees with this approach, and there’s a chance that potatoes could gain vegetable status one day.

Could This Change in the Future? 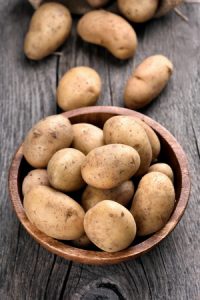 Potato growers and suppliers have yet another opinion on this debate. They feel that potatoes have enough nutrition to be considered a full vegetable, despite their high starch content. There’s something to be said for that opinion — contrary to what their reputation may imply, potatoes actually do offer nutritional value.

Sweet potatoes were recently dubbed a superfood due to their impressive vitamin and mineral content, and all types of potato are high in vitamin C, vitamin B-6 and fiber.

Still, regular potatoes don’t have quite the same nutritional profile that other fruits and veggies do. They’re not as rich in antioxidants and don’t have the range of vitamins that those foods have.

The bigger issue seems to be that potatoes are most often used as a filler food, processed into snacks or used to replace grains. Eating whole potatoes with the skins on yields some nutritional benefit, but snacking on chips is a different story. Publicly classifying potatoes as a vegetable could easily lead consumers to assume that all potatoes can now be considered a healthy food, which is far from the truth.

Still, whether potatoes will be classified differently in the future remains to be seen.

How to Make Healthy Choices Regardless of Labels

As you can see, there’s not always a clear-cut answer when it comes to deciding which foods are vegetables and which ones are not, yet it’s still important to incorporate plenty of fresh vegetables in your daily diet. Making a decision about your health sometimes goes beyond labels, requiring a bit more thinking.

No plate is complete without a starch or carbohydrate of some form to balance it out. Some varieties of potato, like sweet potatoes, are doubly beneficial in this way — they’re very high in carbohydrates, but also offer many of the same vitamins, minerals and fiber that other veggies do.

As a gardener or farmer, you can keep these lessons in mind while growing or distributing your crop. Eating whole, natural foods is more important than quibbling over labels. As the leading vegetable crop in the U.S., potatoes aren’t going away anytime soon. Growing healthy varieties and encouraging consumers to eat them in their whole form is vital.

To summarize, potatoes are botanically and legally considered to be vegetables, but most nutritionists consider them to be starch instead. Not everyone agrees, so there’s always a chance that that could change. However, because potatoes are so often eaten in their processed form — a far departure from what vegetables are supposed to be — it’s unlikely that officials will encourage people to consider potatoes to be a vegetable anytime soon.

Still, that doesn’t mean that whole, naturally-grown and healthily-cooked potatoes aren’t good for you. They offer a high-fiber, healthy alternative to other starches and grains.