Gardening Journey
Home Landscaping What Are the Top Evergreen Shrubs for Landscaping? 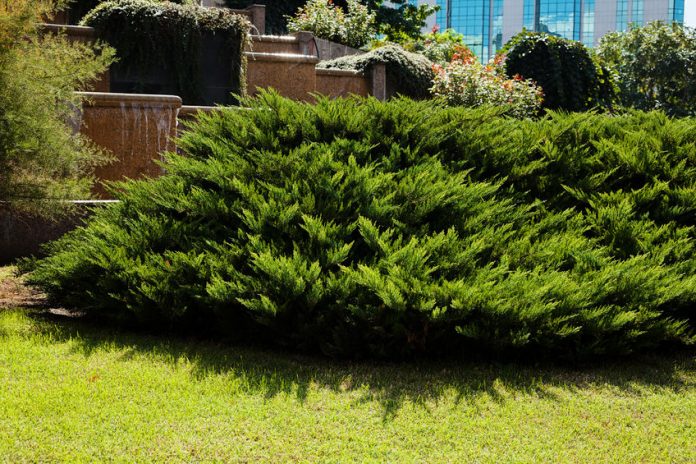 Evergreen shrubs are a popular choice for landscaping because of the color that they provide all year long. Unlike other types of plants, these hardy perennials don’t drop their leaves when the weather gets chilly. So even in the starkest of winters, you can still look out your window to see a remembrance of your garden.

Since the fall season is the best time to plant any type of evergreen, it’s good to get the following top varieties of these shrubs before they sell out:

Boxwood hedges are one of the best types of evergreens because of their versatile appearance. They grow into a dense display of light green foliage without showing much of their inner woody stems. So they can be pruned into just about any shape that is less than their 3-foot height. Most people keep them in a boxy shape though, which is how they got their name in the first place.

When planted close together, boxwood hedges form a neat, living fence. That’s why some people use them in large formal gardens. But since they don’t take up much space, they work just as well for a homeowner with only a small yard too. To keep your boxwood hedges looking great, plant them in a location with lots of sun. And water them weekly.

Holly bushes are one of the slowest growing varieties of evergreens, but they also have a very elegant appearance that makes them worth the wait. So plant stores that sell them often charge a steep price of 50 dollars or more for each one, especially if they have taken the time to prune the hedges into an intricate shape.

The leaves are a lovely shade of dark green that looks shiny because of the natural layer of wax that coats them. But the shrubs look their best in the winter when they’re covered in red berries. Prune them back in the spring when the new foliage starts to sprout. And water them twice a week to keep them looking their best.

The juniper family of bushes is a little confusing because of all the variations that they come in. There are low-growing ground covers that never get more than a few inches high and taller hedges that look more like trees. So many homeowners buy several of each kind of them to form a unique display for their landscaping.

To have the most success with junipers, be sure to purchase a mixture of both male and female plants. Otherwise, they won’t produce berries in the spring. Also, don’t try to plant junipers in the shade. They’re all sun-loving plants that will wither without enough light.

And remember, they only need to be watered regularly until they’re well established. After that, they don’t need much maintenance at all.

Homeowners in the southernmost part of the country often need a little help with finding evergreen shrubs that can survive the scorching summers there. For them, the best option is to stick with drought-resistant plants like nandina.

Nandina is also called “heavenly bamboo” because its appearance is so similar to the Asian plant. But it’s completely unrelated. In the spring and summer, it has light green leaves. As soon as the cold hits though, they take on a hint of red.

These shrubs also produce red berries that help feed the local wildlife population. If the berries are left to drop onto the ground, they will easily sprout into new bushes within a week or so. Because of this, it often takes no time at all to grow a dense wall of nandina that is several feet high. 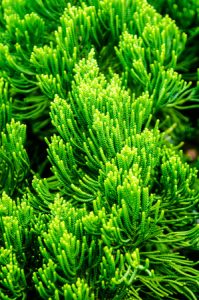 Also known as the tree of life, arborvitae is one of the tallest evergreen shrubs available. Some say that it grows to be about 60 feet tall. But there have been other tales of it easily reaching double this height.

Arborvitae works well when it’s planted closely together as a privacy barrier against the prying eyes of neighbors that live nearby. Many farmers plant long rows of it near their homes as a natural windbreaker too. And the most elegant gardens around the world add it to garden areas with a sitting bench because its aroma is intoxicating and relaxing.

This evergreen needs very little pruning. It naturally takes on a narrow appearance. So it works well for busy folks who want to put it in pots planted on either side of a sunny entrance.

One variety of arborvitae is called “thuja.” It has medicinal properties that can be extracted from the leaves and stems. But it can make a person or pet have internal bleeding if any part of it is eaten. So anyone who’s considering this evergreen should be sure to educate their children to stay away from it.

These are just a few of the many different varieties of evergreen shrubs that are available. They are excellent for your landscaping needs, including in your backyard. Most of them are flexible in their planting locations, but it’s still important for you to check with your local plant store for more information on what will work best for your area.

Also, don’t forget to pick up some fertilizer at the same time as buying the shrubs. They have the best chance of surviving their first winter if they’re given the right nutrition in the fall when they are planted. And lastly, don’t forget to add a thick layer of mulch at the bottom of them to insulate their roots against the elements.