Gardening Journey
Home Composting What Is Vermicomposting? Find Out How It Can Help Keep Your Garden... 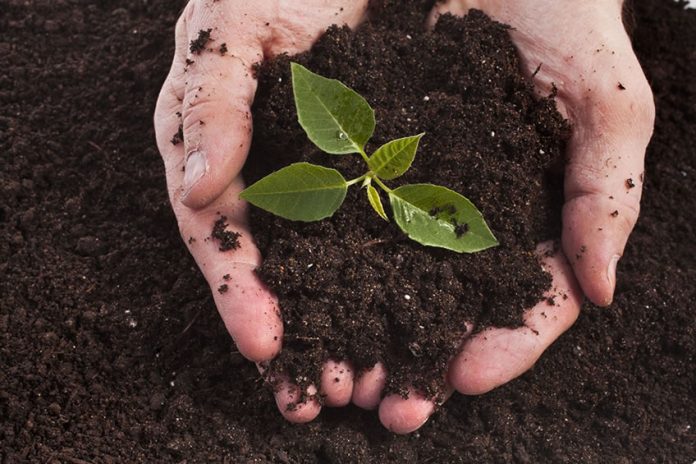 As any gardener knows, fertilizer is essential to growing plants that flourish. But most of the fertilizers that are sold in stores are made with chemicals. With continued use, they kill off the essential microorganisms, worms, and insects that improve the condition of the soil. So it’s best to skip them, and use a natural type of fertilizer instead, such as worm droppings.

This unusual garden additive can be found free in any place where there is a plentiful amount of land. But there isn’t usually enough of it to make a difference in the soil quality. And it’s impossible to harvest once it’s been mixed in with dirt. Luckily, there’s a way to get a plentiful supply of it right in your own backyard through a system called “vermicomposting.”

So, What Exactly Is Vermicomposting?

Vermicomposting is a special composting system, which makes use of the way that worms naturally break down organic materials in their environment. Red worms are piled into a large bin that is lined with newspapers, sawdust, and other dry materials.

Then, a layer of vegetable and fruit scraps are placed on top for them to eat. Sometimes, extra plant material from the garden is added too.

The worms come up to the surface to eat the food. And after each meal, they leave behind droppings. The droppings settle to the bottom of the compost bin where they are collected from a tray that pulls out. There is no need to sort through the droppings for hidden worms because they always stay at the top of the surface near the supply of food.

What Are the Benefits of Worm Droppings from Vermicomposting?

First of all, they are very easy to apply. All you have to do is mix some of the droppings in with your regular garden soil. Most gardening experts recommend several scoops of the droppings around each plant.

Second of all, worm droppings have more vitamins and minerals than most fertilizers that are sold. But since they are in a solid form, they won’t burn plants the way that a chemical-based fertilizer will. However, there are some gardeners who prefer to make a tea out of the droppings, so they can have a liquid fertilizer to use.

And lastly, this type of fertilizer increases the beneficial microorganisms in the soil too, which helps plants grow larger and produce more flowers, vegetables, and fruits. The microorganisms also help the plants stay healthier, so they are more disease-resistant. And they attract beneficial insects and earthworms that aid in the aeration of the soil around the plants.

Is This Composting Process Messy?

The first concern that gardeners often have when they are considering this type of composting process is whether or not they will have to deal with a smelly mess each time that they need to harvest more droppings.

But believe it or not, as long as the composting bin is cared for properly, there is no odor or mess to deal with because the organic matter in the composting bin will get enough airflow and drainage. In other words, it won’t become anaerobic.

When there isn’t proper drainage, the liquid that is left over from the decay of the organic matter will sit at the bottom of the bin. This causes harmful bacteria to flourish. And the worms will die off too. So those who wish to save money by building their own vermicomposting bin must be sure to carefully design their system.

An anaerobic composting bin can also be prevented by carefully monitoring the health of the worms and the environment that they are kept in. The bedding and contents should be gently stirred each day to ensure that it hasn’t become too wet inside. And if it is, then extra bedding should be added.

What Worms Are the Best for Vermicomposting?

To create a worm composting bin, you can’t just use any worms that you happen to dig up in your backyard. Some types of worms prefer to live deep in the soil, so they won’t be happy in a shallow composting bin, such as earthworms. It is best to stick to red worms that naturally live in the top few inches of soil in the garden.

The only struggle that gardeners will have with keeping red worms is that they naturally come up out of the soil when it is going to rain. So if it gets to be too humid outside, the top of the bin can’t be left open. Otherwise, the worms will escape.

This happens the most often when the worms are first added to the composting bin, though. It helps to put a small light over the bin for the first few days to help them adjust to their new environment.

Red worms also don’t do well in areas where the summers are exceptionally hot. They have to be kept in a shady part of the yard where there is no direct sunlight. Temperatures over 85 degrees can kill them because they aren’t able to burrow into a deeper soil that is cooler.

Final Things to Keep in Mind

In conclusion, vermicomposting is a great way to get a steady supply of worm droppings to fertilize your garden because of all of the benefits that the droppings offer. But it’s important to keep the following tips in mind: